Soon after we got there as we where setting up I noticed this white van that was stuck in the sand. It had two ladies & kids in it. I watched as they tried to drive out and just got themselves deeper in the sand. I couldn't help but smile and I went and got the boys and sent them to go help them. After Josh, McKay, Paulo, & Kayla couldn't get them out. I started asking other guys on the beach and right behind me came one of the ladies from the van to ask as well.
I went and watched it take literally 10 men, I counted, to push this van out of the sand!!! I don't think those women are going to drive in dry sand ever again, or at least I would hope not:) 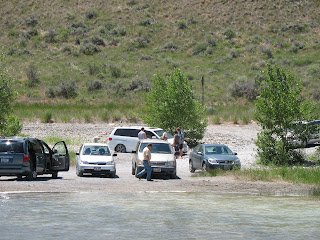 5 minutes after we got there Keilei started saying she was cold, it was really windy, and asking to go home. I felt so bad for her. We wrapped her in her towel to keep her warm. 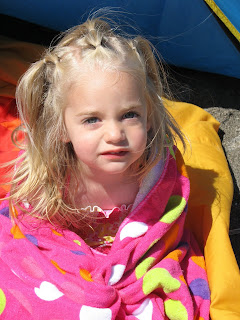 When she got tired of sitting she would chase the birds. Keilei loved the seagulls. That is what occupied her most of the time. She liked chasing them around. 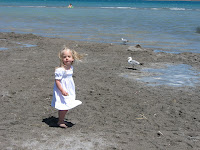 She did play in the water a little bit 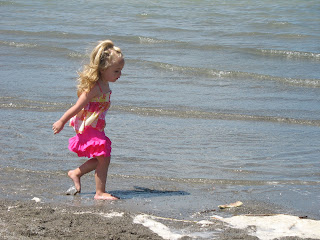 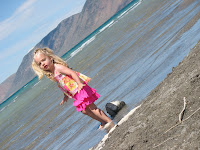 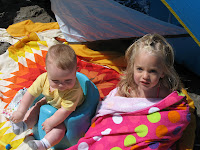 This is her trying to was the sand off her hands and feet, all by herself, so she could come and sit on the blanket with us. It was so cute 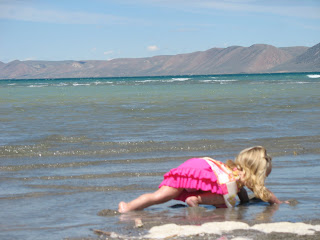 Paulo, the kids, & Kayla trying to hide from the wind. Josh and Mom talking while they watched McKay that actually was crazy enough to go swimming. 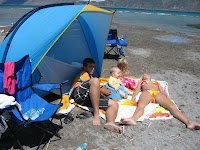 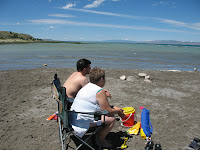 Running after a seagull... 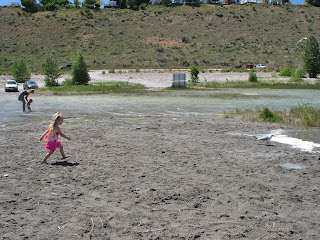 the seagull flying away from her. 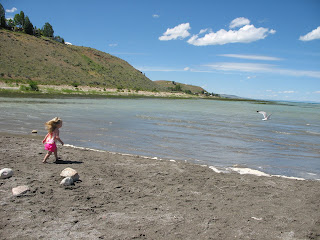 Keilei feeding the seagulls while we all watched 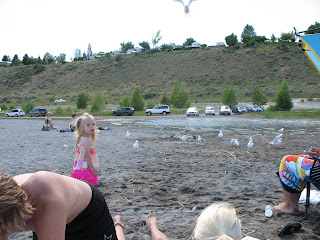 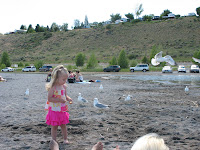 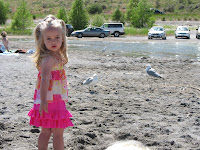