Sean's Present From Me 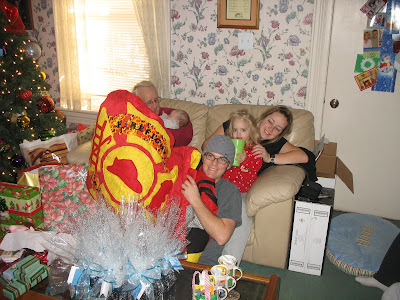 I had meant for this to be Sean's Birthday present but didn't get it done on time because the store I got the fabric from ran out. So I had to wait for them to get more. Sean sleeps at the station and I wanted him to have a blanket he could use there. And that would also work to cuddle with on the recliners while watching TV.
It really wasn't too hard to make. It just took me longer then I had planned because of the fabric situation. I had planned to have it done before Rush arrived. By the time I got the fabric I had had Rush and that also slowed things a bit. It was the most complicated blanket I have made so far. But I could have had it done in a couple days if I had the fabric & didn't have kids, and didn't have to wait for Sean to be gone. But I got it done for Christmas. Yea! I hope he likes it. 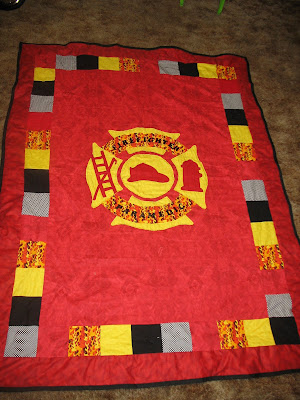 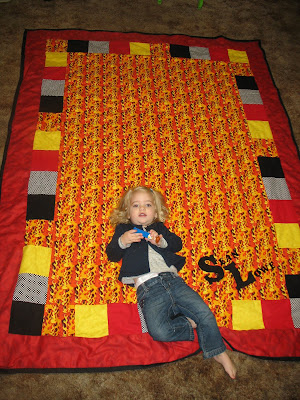 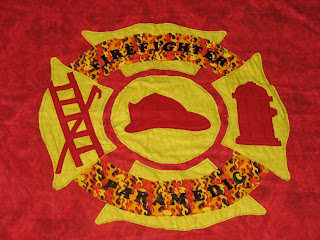