Four years ago today our family lost one of the three musketeers. Or at least that is how I
thought of my 3 brothers that where right older then me. 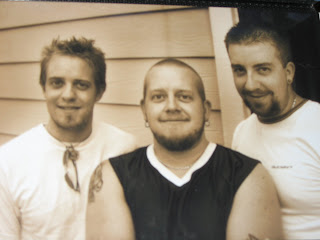 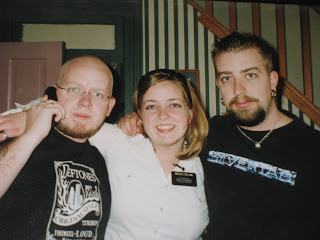 I had gotten home from my mission 3 months earlier and had promptly moved to AZ two weeks later. I was in Arizona working at Anasazi, where you hike troubled teens around in the wilderness teaching them survival skills. I was living with a mission companion. I had also been engaged for about 2 month and our wedding was in a little over a month in Logan.

On June 25 I was out "on the trail" literally in the middle of no where.

I had been out for 5 days and still had 3 days left of my shift. When "ridge walk"(a person in a suburban that stays in the area in case of emergency) hiked into our group and told me that I needed to call home. I left my group and we hiked a couple miles before he gave me the satellite phone. I don't know exactly what to expect I just thought it was kind of drama. I called home and my little brother Jeff answered and asked if I was alright I said yes a little confused and asked for Mom. She said that Spence had been in a wreck...the phone died! After about 3 more choppy calls I found out that my older brother Spencer had been in a car wreck that had taken his life. I couldn't believe it. I found out my bro Nate, who also lived in the same area I did, was waiting for me to get home. I hung up and it took me a while to collect myself. I was so scared to meet up with Nate. Nate and Spencer where so close and I thought as soon as I see him I am just going to lose it.

It was one of the longest days of my life. We had to hike another few miles, literally, to get to the truck and then around a 3 hour drive home. Most of it was through the mountains which was a reminder of Spencer the whole way home, not that I would have been thinking of anything else.
I finally arrived home to find Nate and Sean waiting for me. We got busy planning how we where all going to get up to Utah the next day. We went to Nate's house and ate and continued to plan with Micaela.

Sean came home with me and laid with me in silence while I cried and cried. Sean had never had anyone close to him pass away and didn't know what to say but I was so grateful just for his being there.

I can't believe it has been 4 years. At first I would kick myself so much for only staying at home for 2 weeks after my mission. I missed out on that time I could have spent with him. I was also disappointed that he wouldn't be there for my wedding. Now I am just grateful that I had such an amazing brother. He was intimidating to those who didn't know him, but would give you the shirt off his back and always had something funny to say. I miss how he would yell out random thing to pedestrians as we would drive by. He was an amazing artist. He loved his son Keenan. He was so protective of his car, even though it was a junker:)

Even now when a certain song comes on the radio or I go up the canyon or look at Keenan I can't help but tear up as if I he had just passed away. Recently I went to girls camp and it was in a canyon that I hadn't been in for about 10 years I couldn't help being solemn on the drive through the canyon, the last time I had been up that canyon was camping with Spencer. I used to go up that canyon and camp with my brothers and shoot. 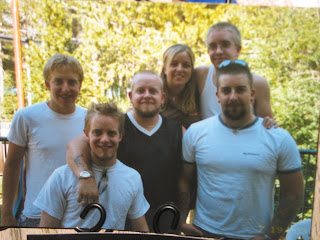 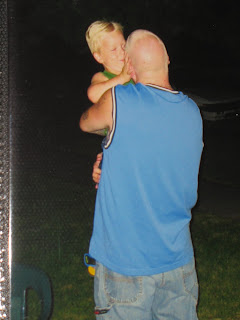 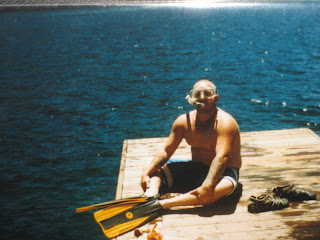 He was so like Mom he loved playing in the water.

We all Miss you and Love you Big Bro

What a beautiful tribute to your brother. Love you Jana.

I'm so sorry Jana. I remember that whole ordeal for you. It brings tears to my eyes for you. Love ya tons, SEE YA SOON!

that was such a sweet post, jana. i wish i would have lived closer to your fam so that i could have gotten to know spencer more. :) love you!!